Order your Captain Nemo’s online from your favorite store.

Click here to order from our North Rockhampton store.

Click here to order from our Rockhampton CBD store. 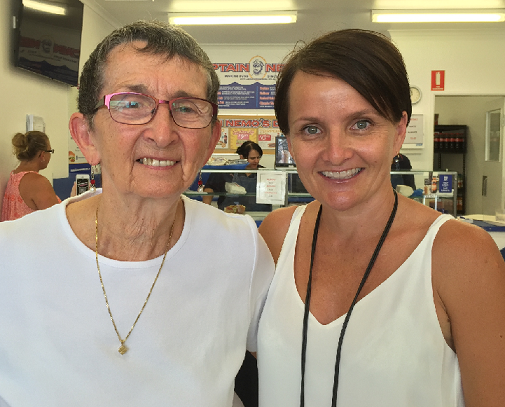 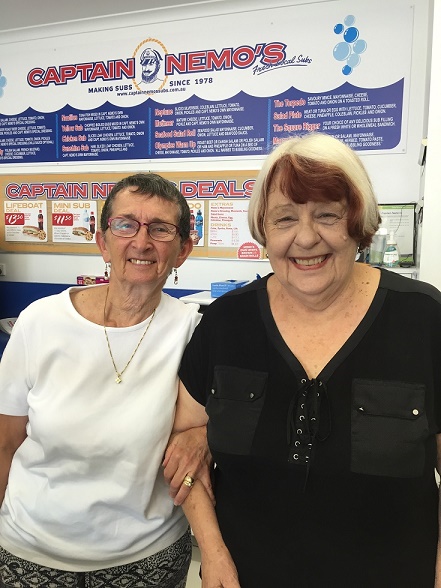 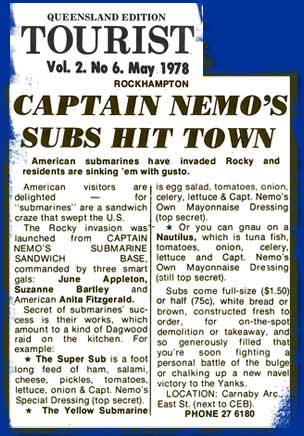 “I reckon we could make a million in five years” was the prediction of three Local  ladies based on the popularity of filled rolls in the United States called by many names heroes, grinder, hogies, baguettes, Italian sandwiches and submarines to name a few. This May 1978 edition of “tourist” notes the first year in business for this true Rockhampton icon and the picture below of the first crew the original proprietors (left to right) June Appleton, Suzanne Baitley and Anita Fitzgerald. 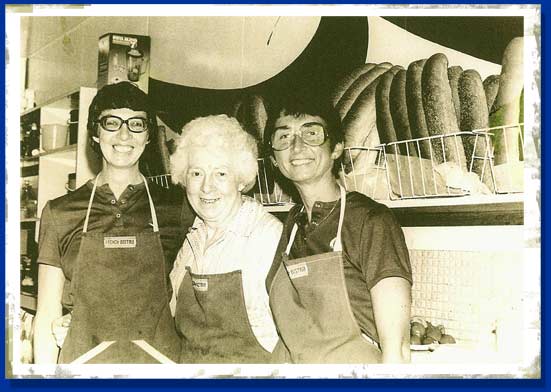 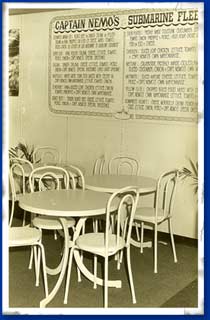 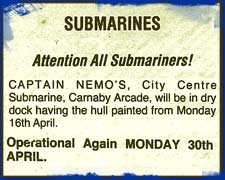 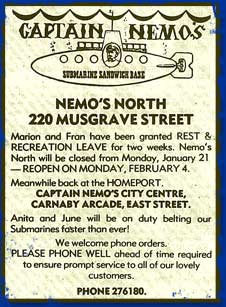 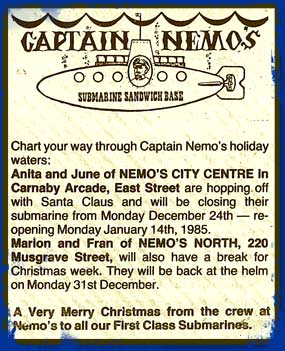 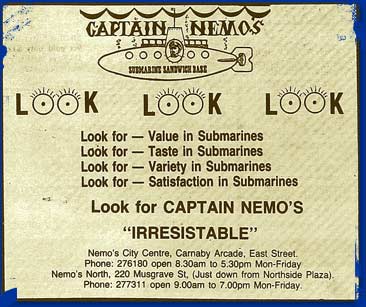 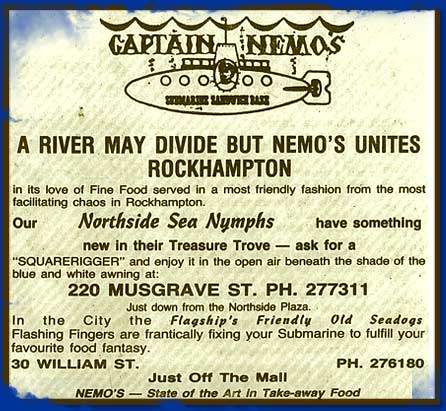 In 1984 the Cap’t decided to move base so he downed telescope and steamed to 30 William St. (then quickly to 28 William St Next door).

In the same year the Captain opened a second port of call with a seabase on Musgrave St, North Rockhampton. 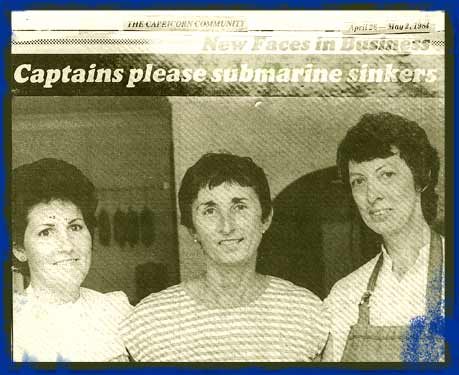 And yes, the penchant for newspaper advertisements with the spice of the South Seas reflected the healthy happy attitude of the crew. 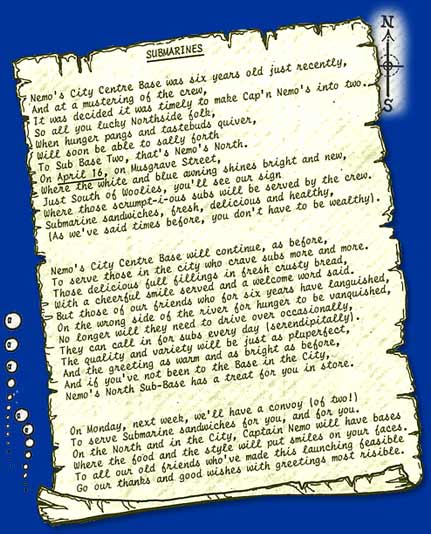 June purchased Anita’s share of the sub in 1990 when Anita logged off and moved to Brisbane. June continued to navigate the sub through the seas. Little did she realize that the Captain faced troubled waters ahead.

In the mid 1990’s there was a mutiny aboard the sub. One of the crew members pilfered the captains secret logs and opened another seabase in Mackay ( of all places!).

The captains logs were protected by the laws of the sea (i.e. trademark and logo legislation) however the captain need the aid of the naval JAG team to prosecute these pirates. After successfully sinking this rogue sub the Captain continues to this day to chart the familiar waters around Rockhampton.

In 2005, Nemo’s underwent renovations to give “the home of the best Subs in Australia” a newer, fresher feel.

In 2011 Northside Nemo’s moved to a bright new shop with much better parking and a fresh modern approach to the making and ordering of our fresh local subs. This shop is located at 202 Musgrave Street – right next door to ProComputers.

Finally in early 2013, Nemo’s at 28 William Street underwent a major renovation to bring both shops in line with each other.

… a customer ordered a Sunshine Sub on white with salt and pepper. When she picked her order up, she brought with her an esky filled with ice. The Sub was packed in the ice and air freighted to Mt Isa, as a birthday present for a very lucky lady who was having